Mountain Lions, also known as Cougars and Pumas, are the apex predators at Rancho Ventura Conservation Trust. They are occasionally seen and photographed by trail cams.

Access to wildlife corridors connect the Trust all the way to the Los Padres National Forest. This provides a way for the lions to travel unimpeded between wilderness and makes it likely that Rancho Ventura is part of their territory.

Mountain Lions are the largest native cats in North America and the fourth largest big cats in the world. They can reach sizes of just over 2- 3 ft tall and 5-9 feet long from nose to tail. Their color is generally tannish with lighter areas on the undersides of the body. These animals are built for power, speed, athleticism and stealth. The cats can perform impressive physical feats including being able to sprint at speeds of 40-50 miles per hour, leap 18ft vertically and 40-45 feet horizontally.

Mountain Lions are exclusively carnivorous and pursue both small and large game. Its most important food source are ungulates, such as deer, but it will also take smaller game such as rabbits, coyotes, rodents and insects. 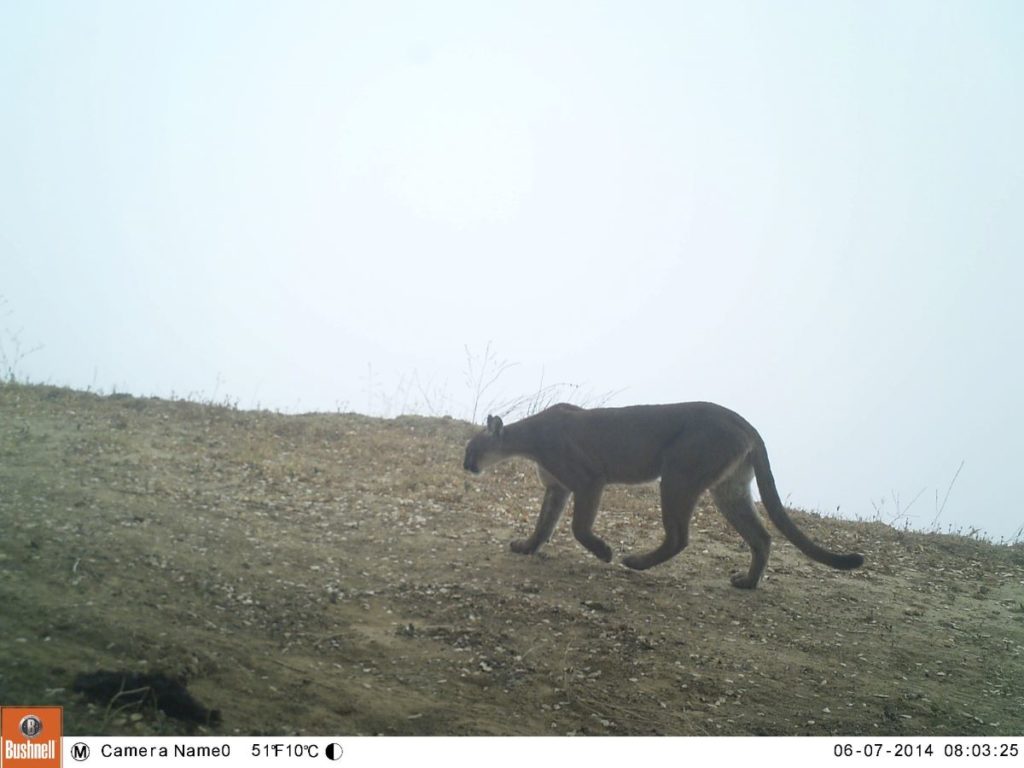 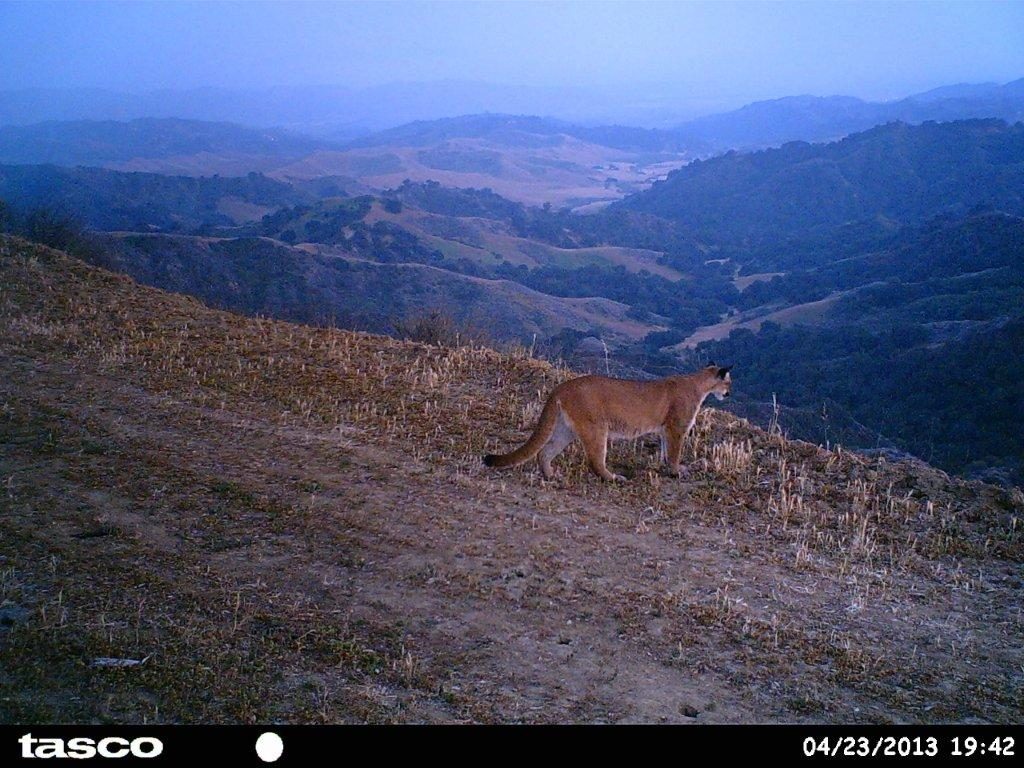 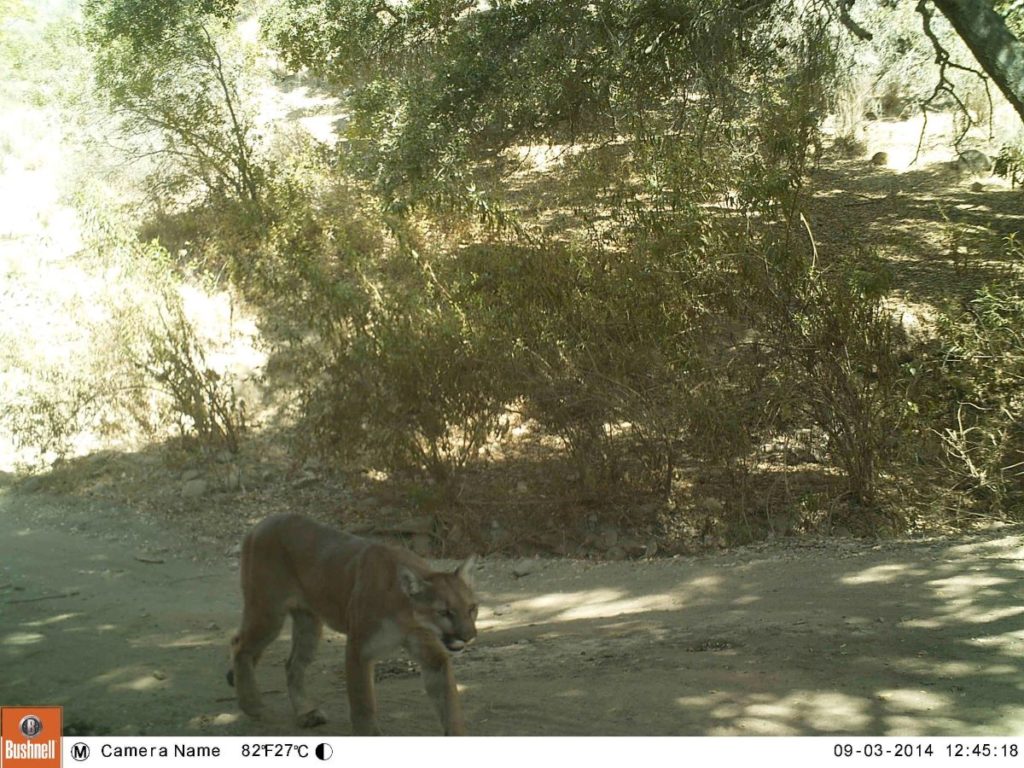 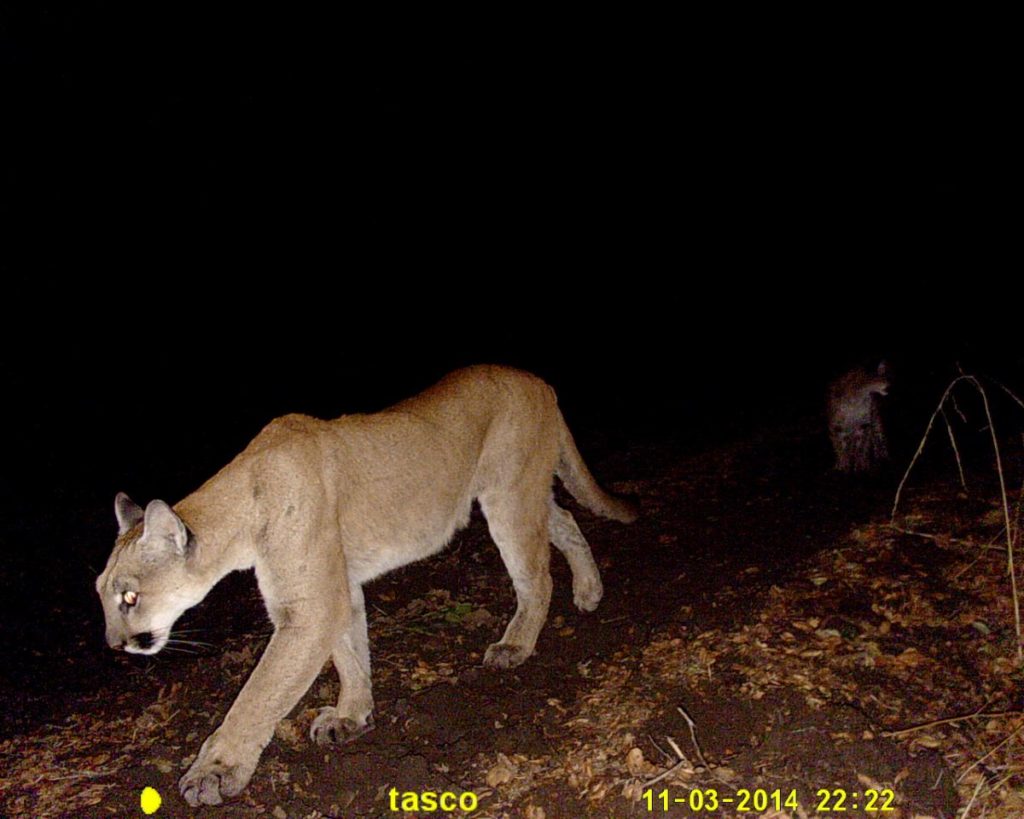 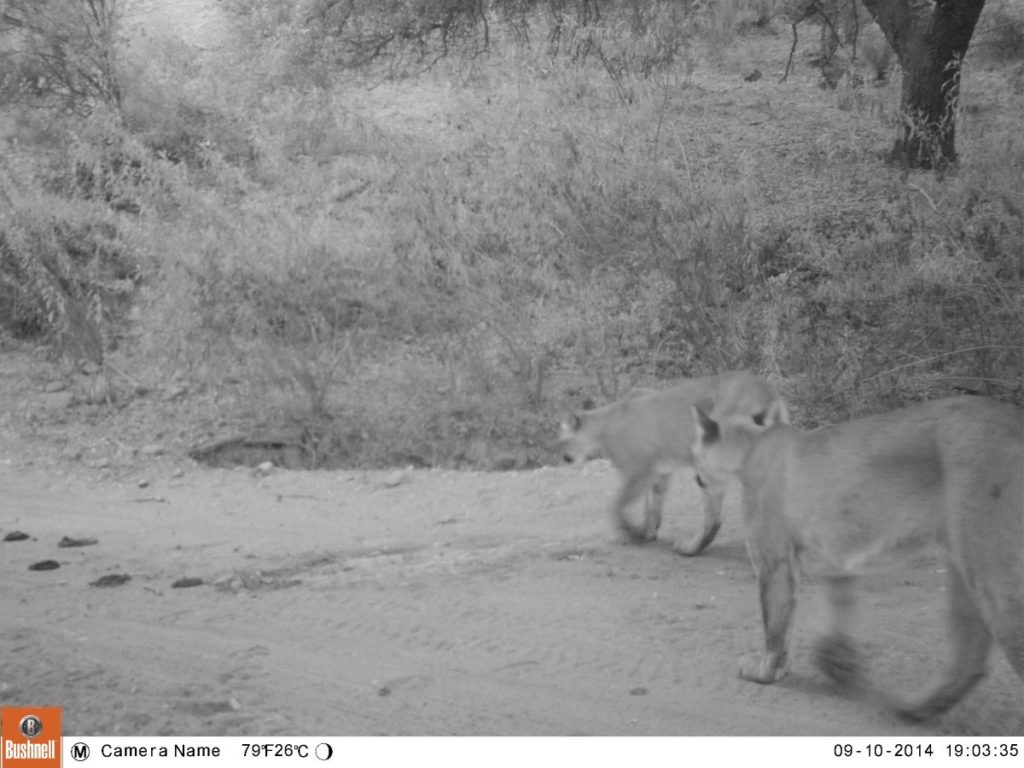 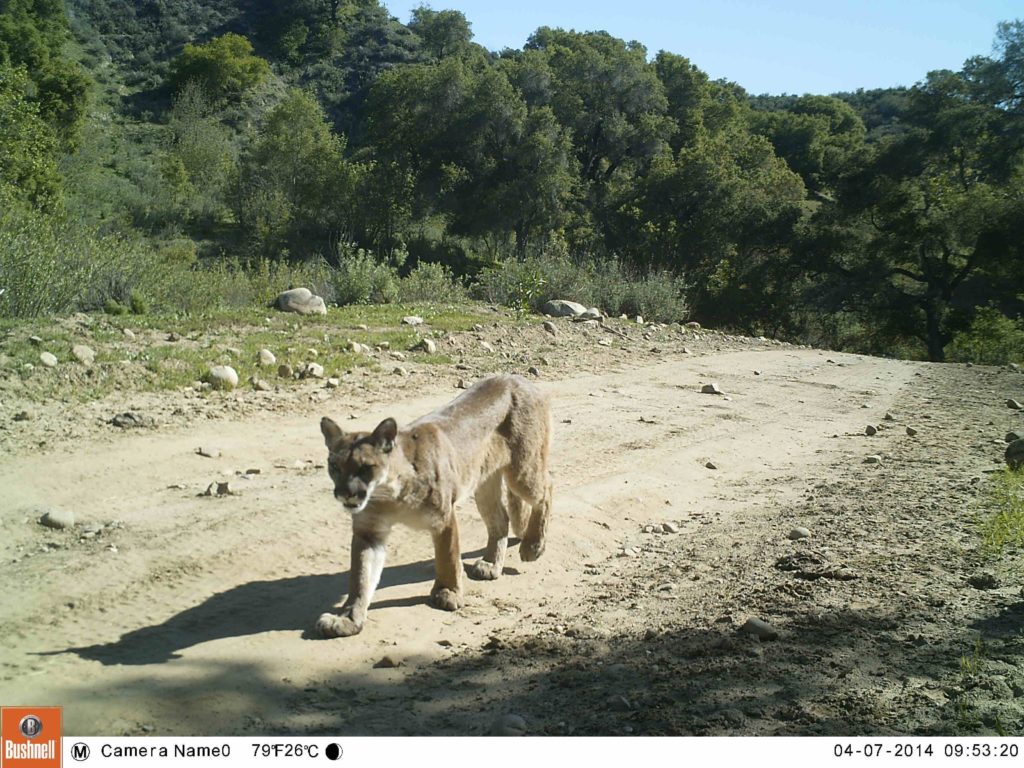