Black Bears are regular residents of Rancho Ventura. Bears visit through a regional wildlife corridor which connects with the Los Padres National Forest. These bears are part of the State’s Southwestern Sub-Population that exists primarily in the hills and mountains down to San Diego County.

The appearance of these bears can range from black to light tan in color, despite their namesake. They are the smallest bears found in North America with individuals ranging in height between 4-7ft and weighing in at 100-200 pounds for females and males at 150-300 lbs.; occasionally Black bears can be as large as 600lbs. The Black bears live in a large variety of habitat types, including all found on the RVCT, however, they are primarily found in areas that are forested with a large amount of cover and food sources. Black bears are omnivorous foragers however their food sources are mainly plant-based with 95% consisting of some combination of grasses, nuts, berries, seeds, roots, herbs etc. Occasionally, black bears will eat non- plants including insects, small mammals, fish, young deer, domesticated animals and carrion. 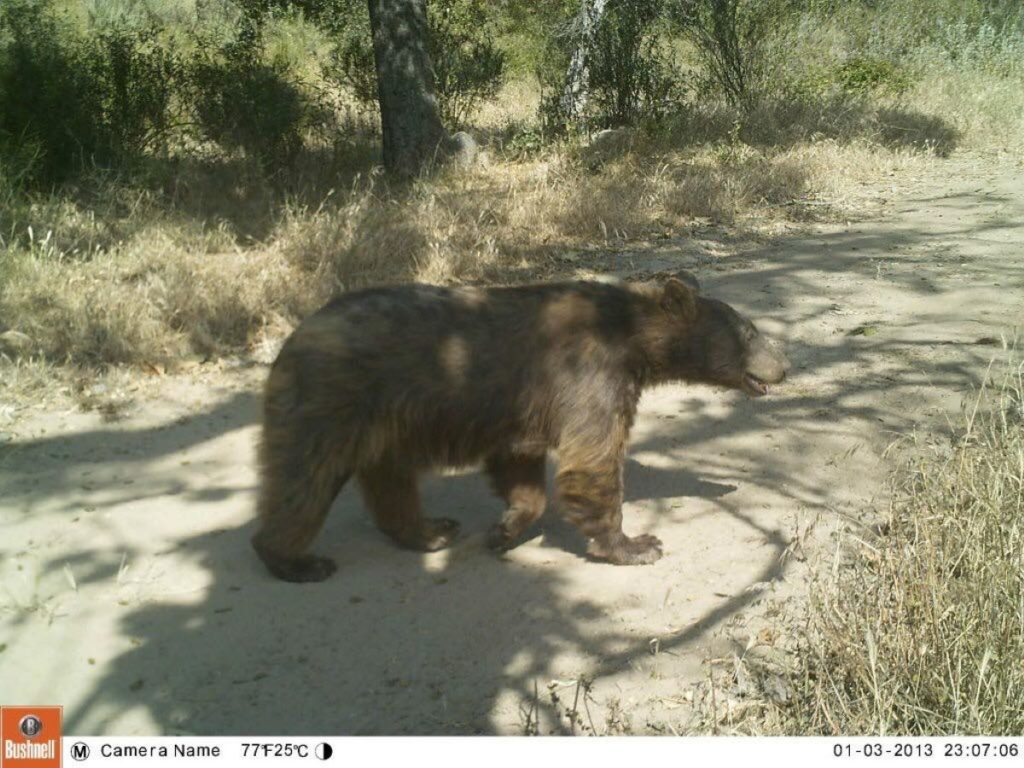 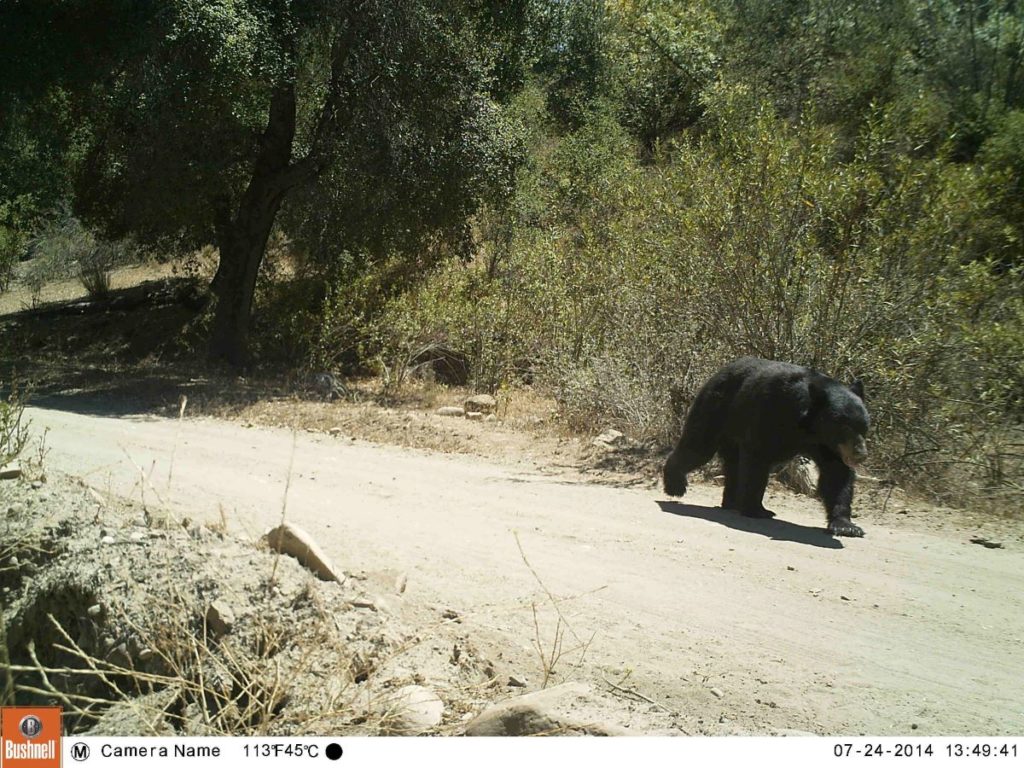 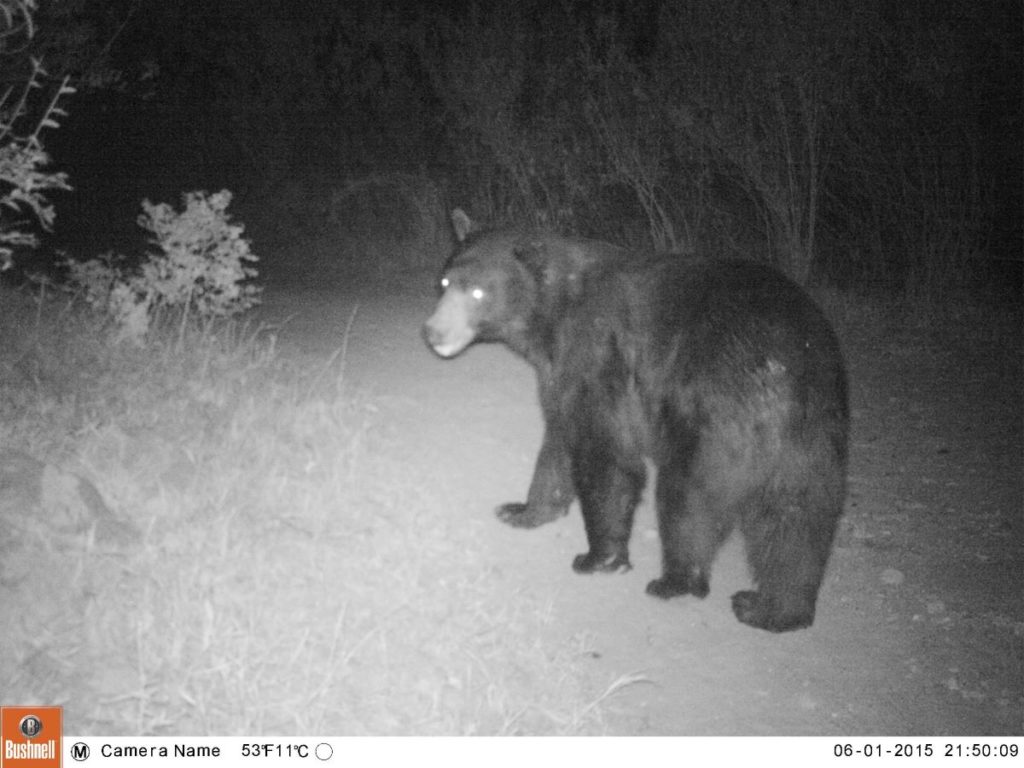 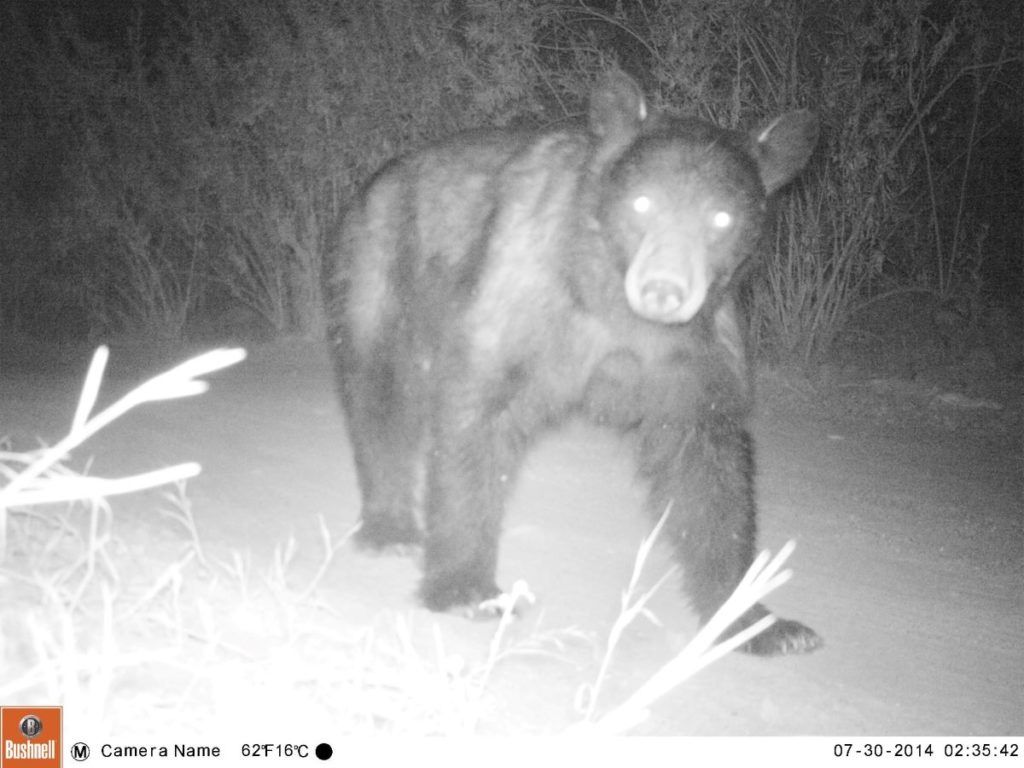 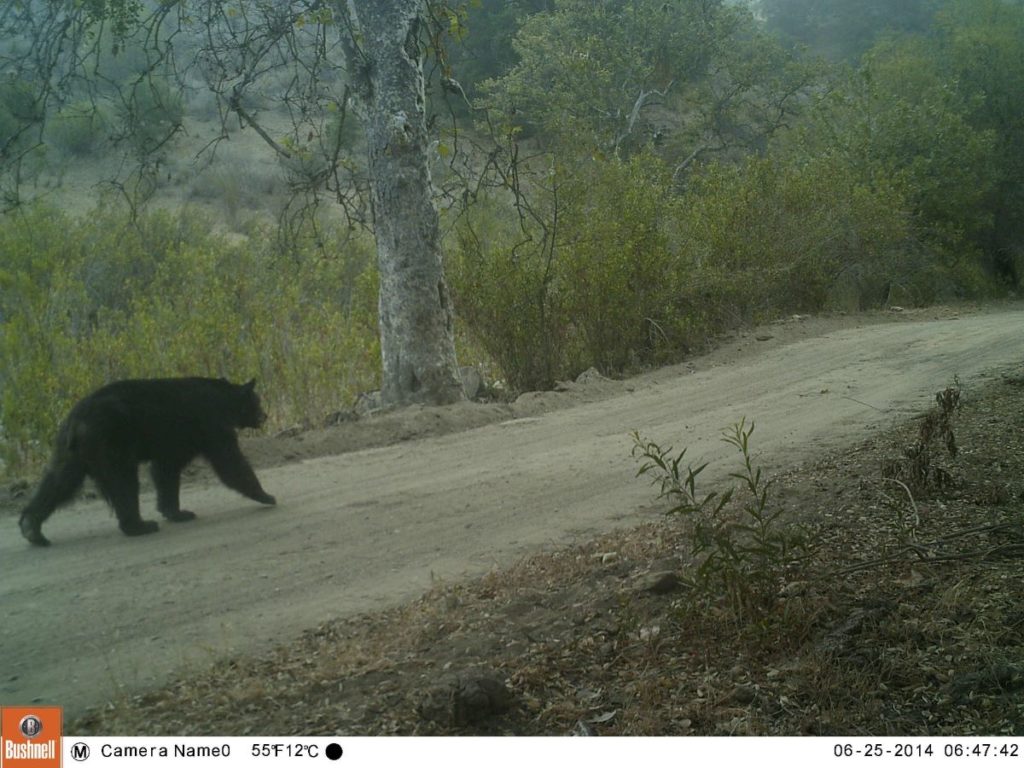 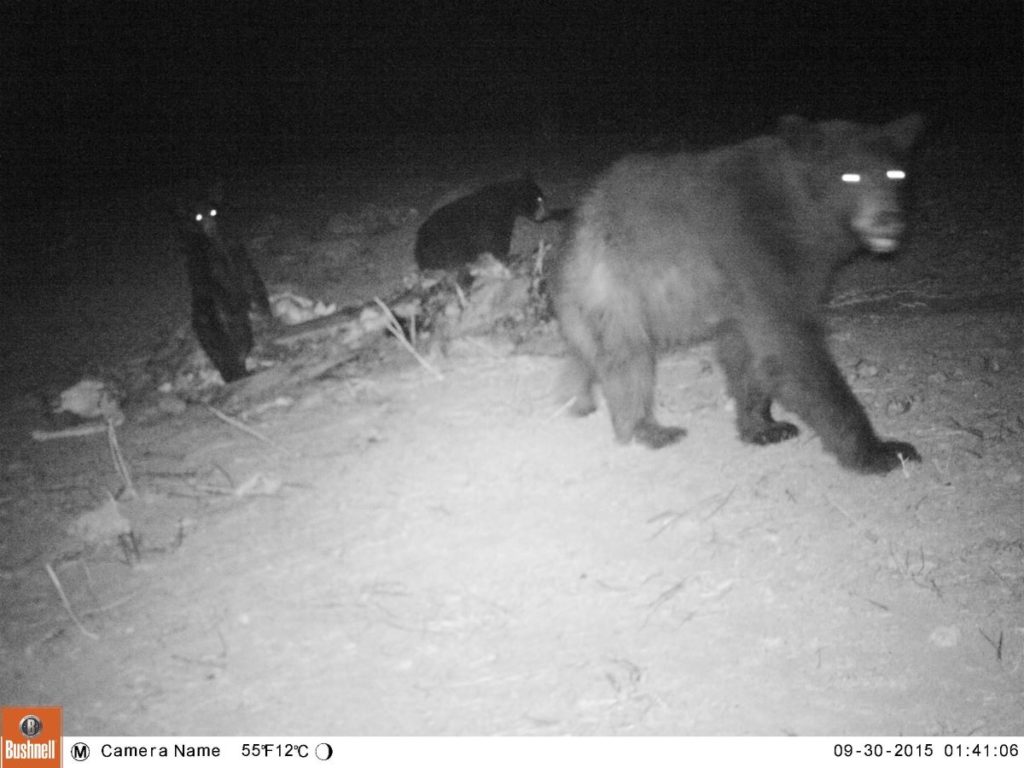 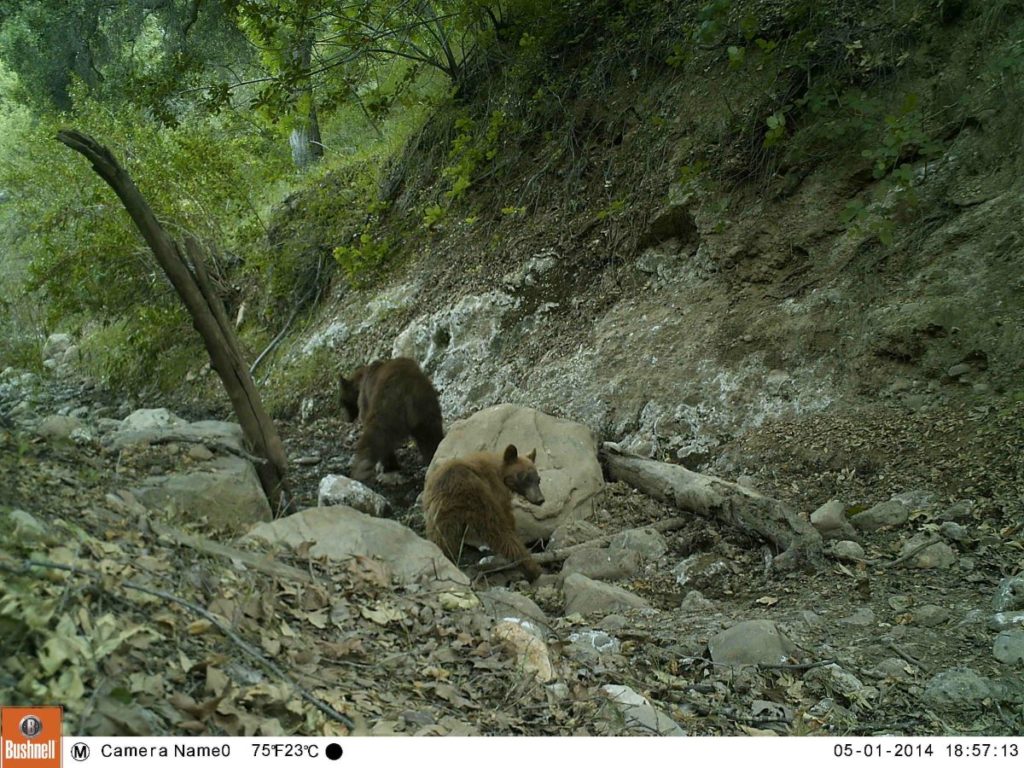